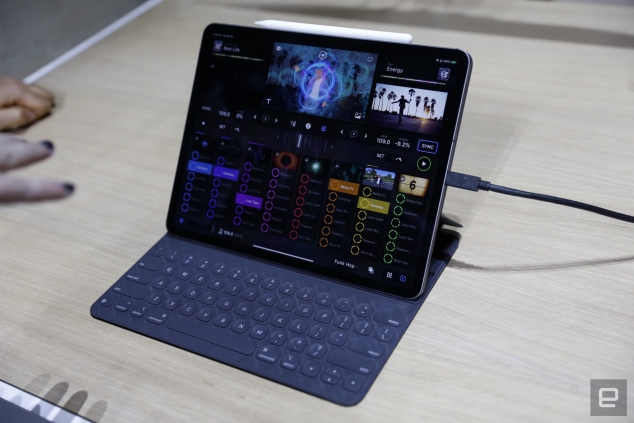 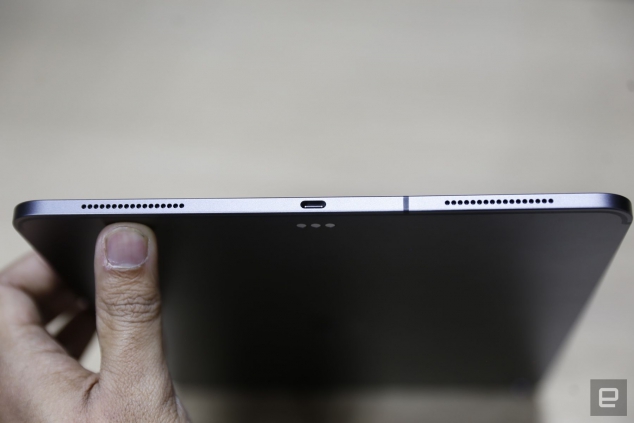 The new iPad Pro gets rid of the Home button for a gigantic display!

Wow! The October 30th Apple iPad launch event in Brooklyn was amazing. The new 2018 iPad Pro from Apple has all the requisite updates you would expect for a next gen iPad - a faster processor, better graphics.. however, what is most interesting about this new iPad is not what it has gained but what it has lost! The iconic Home button, and a port for Apple's Lightning cables, traded in for as much display size as physically possible and a new USB-C port. The Home button is now replaced by more reliance on Face ID to unlock the device, rather than a thumb-press. I have mixed feelings about that, but as long as it is reliable, I'm all for the upgrades!

I love how the display is giant, using the Liquid Retina technology like the iPhone XR. There are two iPad Pro models, a 11inch iPad Pro and a 12.9 inch iPad Pro. I would love to get my hands on a 12.9 inch. With more room on the screen, there is so much benefit opened up for the creative class.

The gesture-based user interface is pretty neat as well, much like the iPhone X's. Despite all the love for the screen, the insides also sport some impressive advances. Both models feature Apple's new A12X Bionic chop. It is an 8-core CPU with 10 billion transistors. That's over a 35% increase in performance over the previous generation. In addition, there is a seven-core GPU that doubles the performance of the previous generation and puts it in the same glass as the Xbox One S. Crazy! It seems to me that Apple is aiming for the iPad Pro to become the next laptop alternative.

I think Apple is heading in a great direction. What do you think? To check out more on the iPad Pro new for 2018, click on the images up above!

- Seven-core GPU
- Eight-core CPU with 10 billion transistors
- Giant screen in both 11 inch and 12.9 inch models
- Home button removed in favor of Facial ID and gesture UI
- Apple pencil stylus that magnetically attaches to the exterior of the iPad Pro

There are just so many new things about the 2018 iPad Pro, it's hard to list them all! So many great features and a sleek new look. I recommend checking out the source link up above.