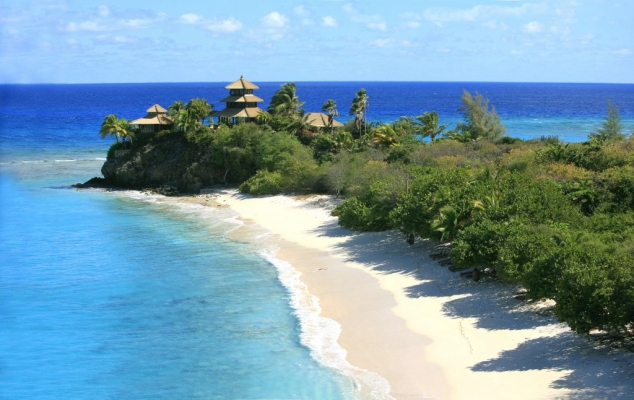 A favourite with royalty, rock stars and movie stars, Necker Island is the ultimate private getaway in the Caribbean.

In the late 1970s Virgin Atlantic owner Sir Richard Branson purchased this previously uninhabited island between Tortola and Anegada. Branson has slowly developed several residences in addition to the main house, an airy Balinese Villa. Surrounded by the sparkling blue Caribbean Sea of the British Virgin Islands, Necker Island exudes the elegance and lifestyle of the rich and famous. For about $50,000 per night you and 15 to 27 of your family or friends can “rent” the whole island, staying in one of the six Balinese style houses with your own pool and never-ending views to the sea. Also during selected 'Celebration Weeks' when couples or singles can book individual rooms and share the island 'house party' style. Necker Island "was the brightest jewel I’ve ever found.” ~ Sir Richard Branson