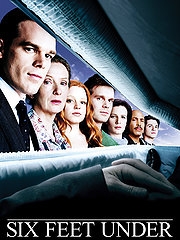 A drama series that takes a darkly comical look at members of a dysfunctional family that runs an independent funeral home. With the prodigal elder son returning home for the holidays to shattering news, the family must learn to deal with a death of their own, while figuring out how to go ahead with the business of the living.

Jacob Manning into Fave TV Shows
over 7 years ago
Refave
Previous Fave
Next Fave
Sharing is good
Faved May, 27 2014 by: