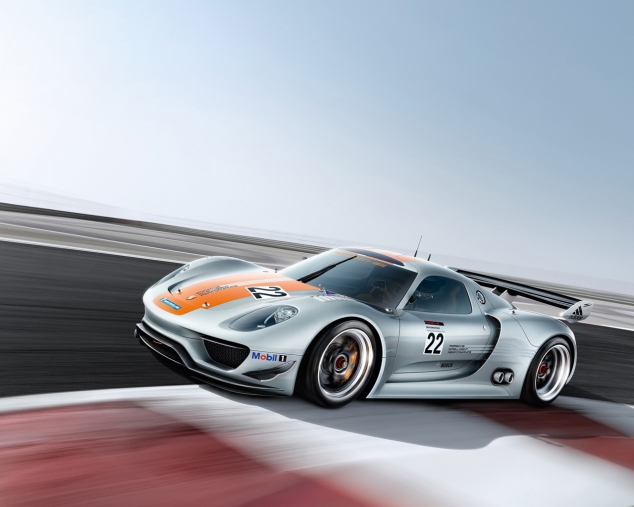 A Glimpse Into The Future Of Supercars

The Porsche 918 Spyder is a mid-engined sports plug-in hybrid designed by Porsche and first shown as a concept at the 80th edition of the Geneva Motor Show in March 2010. The Spyder is powered by a 4.6 litre V8 engine, developing 580 horsepower, with two electric motors delivering an additional 218 horsepower. It is the first plug-in hybrid car from Porsche. Porsche later announced a limited production of the vehicle, and intends to manufacture 918 units as a 2014 model year starting production on September 18, 2013, with deliveries scheduled to begin in December 2013.

Bill Skinner into Unassigned
over 9 years ago
Refave
Previous Fave
Next Fave
Sharing is good
Faved October, 17 2012 by: