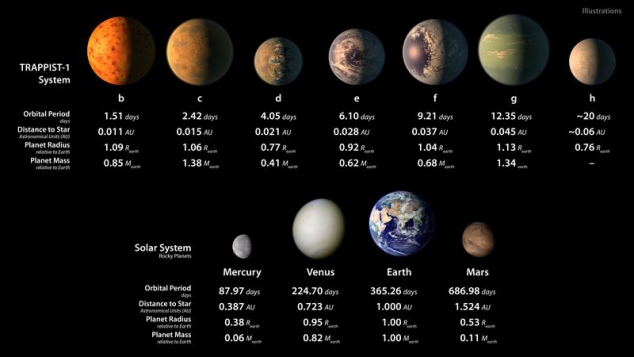 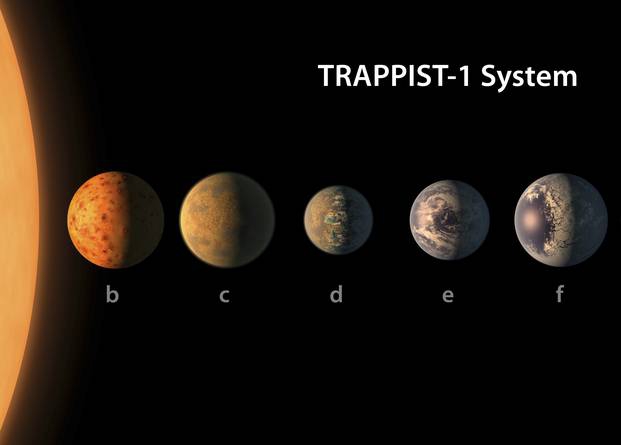 Space exploration has always been a very controversial topic. There are always the questions "Are there other planets that we could live on?" "Are there such things as extraterrestrials?" "What were to happen if humans tried to live on another planet?" and NASA just got one step closer to answering all of these questions today with a shocking discovery of a very similar earth like planet.

Now don't get me wrong there has been plenty of "New Planet" discovers but we have never succeeded in the "Earth like" planet discovery department. Finding the ones that orbit close to their sun but not to close, the relatively small ones with the rocky surface and large water bodies, these seem to be the ones we fail to find.

However, Feburary 22nd, 2017 that all changed. There was a discovery of not only one, but seven Earth like planets. These new finding are no crazy fast discovery but a work in progress for over six years, the discovery of a small star Trappist-1 is located about 39 light years from Earth that is barely one town over in a galaxy that measures 100,000 light years across.

Life on these new planets are not a forsure thing, these planets are tidally locked which ultimately means one side of the planet is ALWAYS facing away from the sun and one side is ALWAYS facing towards the sun. One thing that is for certain is that if there is life on any of the planets, it could be discovered relatively soon. Sending a spacecraft to visit is out of the question, of course the distance, cost and time doing this is, is totally unjustified but, Instead, the hunt for life on the newly discovered planets will be conducted by both orbiting and Earth-based telescopes, which will study the spectrum of Trappist-1's starlight as it streams through the atmospheres of any of the planets during their transits."Trappist-1 will live for one thousand billion years," says Gillon. If life is going to emerge in the system, it has all the time it needs.

With that note I just want to state my opinion and my voice on this topic. I am not a Scientists nor am I aiming to be one with this post, this was just something that grabbed my interest. Do I think this discovery is totally awesome and something that I hope to be true, you know it. Imagine, after all these years of worry and questions if there is a planet we could survive on if anything were to happen to the one we currently reside on finally answered. There are others like us, or other completely different than us, or maybe there is no one at all, can we live on another planet, are these other planets enough for us to survive on, all of these are the million dollar questions, and although I may not be alive to witness the answers be discovered I am fascinated and I am hoping that maybe one day my children or even my grandchildren may know the answer to the topics that I often grew up wondering about.

Atlanta, GA, US
22 followers, following 4
Follow
Faved into the Collection: