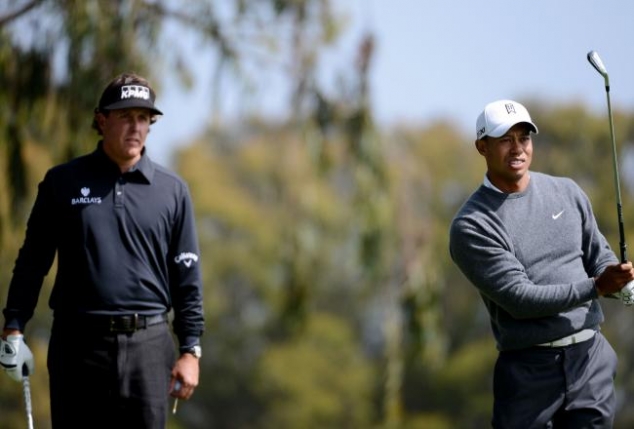 Tiger Woods and Phil Mickelson on the Olympic Club course

Play at the notoriously tough 7,170-yard golf course of Olympic Club in San Francisco, California is making for another exciting U.S. Open for 2012. Tiger Woods is looking strong in US Open play, coming off tournament wins in March at the Arnold Palmer Invitational and earlier this month at the Memorial Tournament. While the lefty Phil Mickelson was just awful on day one of the tournament.