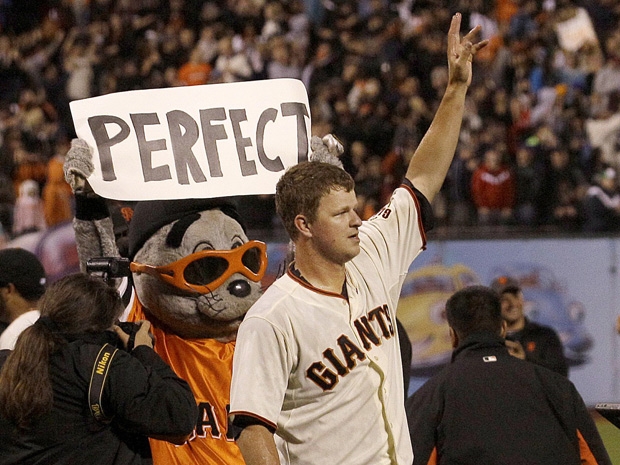 Matt Cain's perfect game was the 22nd such game ever pitched in the Major Leagues and the first ever perfect game by any Giants pitcher since the franchise was established in 1883. Cain struck out a career-best 14 batters, making up more than half of his 27 straight outs and tying Sandy Koufax for most strikeouts in a perfecto. Cain threw 19 first-pitch strikes and never faced a 2-and-0 count in winning his career-high seventh straight start. A perfect game for certain, but was it the best pitched game ever? Using a metric called Game Score, by analyst Bill James, it looks like Cain might have. The stat issues points for postive accomplishments like retiring a batter or recording a strikeout, and deducts points for negatives like walks and hits allowed. The scale was designed so that a 100 was a game for the ages. The Game Score tally for Matt Cain’s 14-strikeout perfecto? 101.