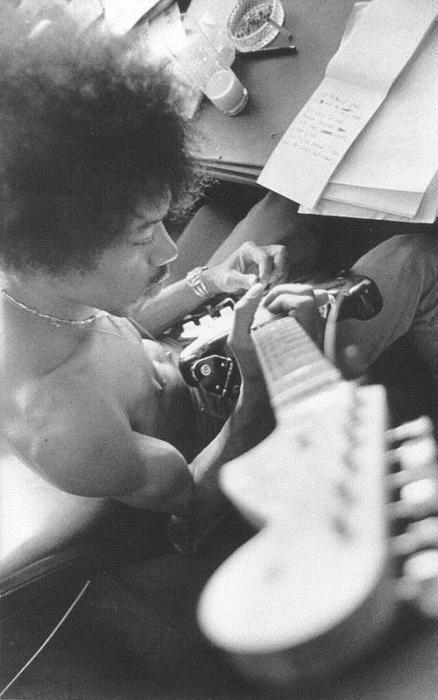 This is a great photo of Hendrix creating musical magic.

American musician, singer and songwriter Jimi Hendrix is broadly considered one of the most influential electric guitarists in the history of rock music.

Born Johnny Allen Hendrix on November 27, 1942 Jimi Hendrix met an untimely death on September 18, 1970 of drug-related asphyxia at the age of 27.

Cami Uriburu into makes sense why I refave
over 7 years ago
Refave
Next Fave
Sharing is good
Faved February, 26 2013 by: