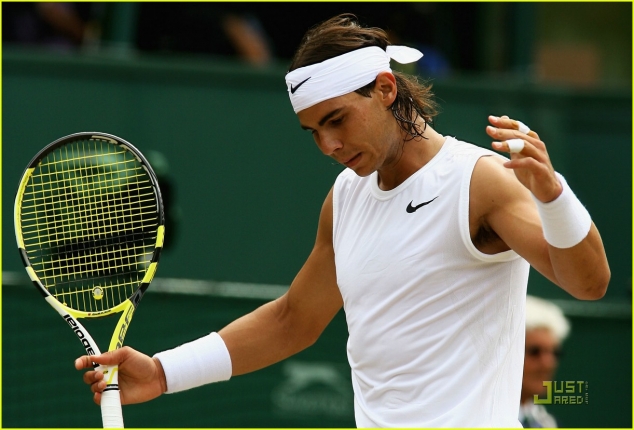 Rafael Nadal Parera is a Spanish professional tennis player. Rafael is regarded as one of the greatest tennis players of all time.
Nadal has won eleven Grand Slam singles titles!
Nadal has at least two Grand Slam titles on each of the three surfaces (hard court, grass, and clay), the second player to achieve this feat after Mats Wilander. He is an amazing tennis player!

Emily Jackson into Fave Athletes
over 7 years ago

Emily Jackson into Fave Athletes
over 8 years ago
Refave
Previous Fave
Next Fave
Sharing is good
Faved October, 17 2012 by: