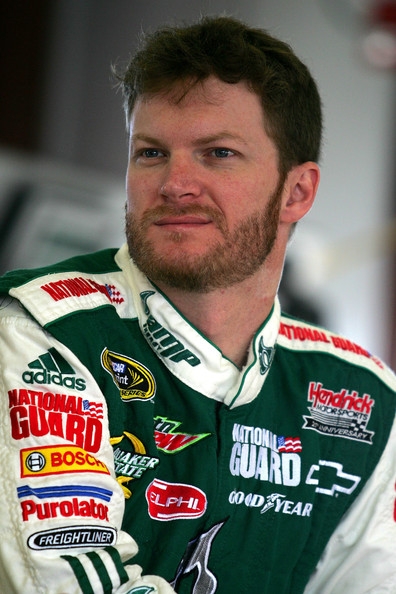 Dale Earnhardt Jr. is an American stock car racing driver and team owner, who currently drives the No. 88 Chevrolet SS in the NASCAR Sprint Cup Series for Hendrick Motorsports, and drives the No. 88 Chevrolet Camaro for his own team, JR Motorsports, in selected events in the NASCAR Nationwide Series.
Dale is the son of NASCAR Hall of Famer Dale Earnhardt Sr., and the grandson of both NASCAR driver Ralph Earnhardt and stock car fabricator Robert Gee.
Dale is my favorite NASCAR driver, hands down.