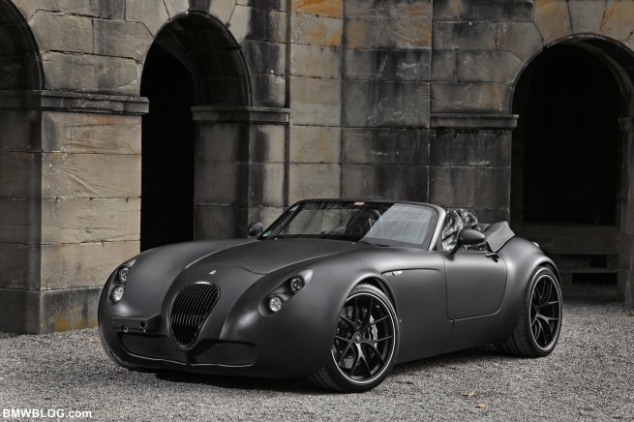 MF5 by Wiesmann comes as a closed two-seater or a two-seater roadster.

The Wiesmann MF5 is already a very exclusive and rare vehicle. In the hands of the the aftermarket specialists from SchwabenFolia, the MF5 becomes menacingly unique. The Wiesmann MF5 Black Bat, as they call it, is the 5th MF5 in a series of only 30 ever made.

SchwabenFolia covered the Wiesmann MF5 Black Bat in a matte black vinyl wrap, which features, on the driver’s side, an imprint of the Nurburgring Nordschleife racetrack. There’s even a little red Batman logo on the back.

The super exclusive roadster was initially powered by the 5.0 liter V10 powerplant found in the previous generation E60 M5. The newer MF4 and MF5 models are now using the V8 twin-turbo engine from BMW.

Miami, FL, US
42 followers, following 11
Follow
Faved into the Collection: