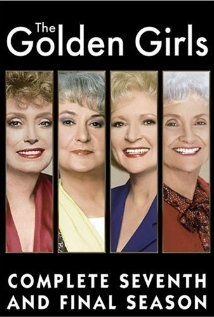 The series revolves around four older, single women (three widows and one divorcée) sharing a house in Miami, Florida. The owner of the house is a widow named Blanche Devereaux, who was joined by fellow widow Rose Nylund and divorcée Dorothy Zbornak after they both responded to a room-for-rent ad on the bulletin board of a local grocery store. In the pilot episode, the three were joined by Dorothy's 80 year-old mother, Sophia Petrillo, after the retirement home where she lived burned down.

Hailey Jones into My Fave TV Shows
over 8 years ago
Refave
Previous Fave
Next Fave
Sharing is good
Refaved May, 22 2014 by: