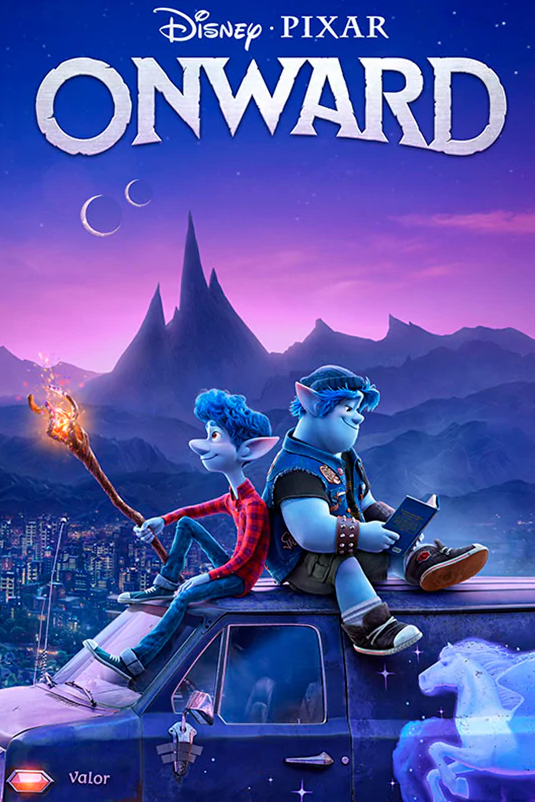 A heartfelt sibling adventure about loss and love!

I am a big fan of Disney and Pixar movies, so when I saw trailers for Onward, I knew I had to go see it! It was an adorable, heartwarming animated adventure with a ton of laughs and dazzling effects.

I wholeheartedly recommend this movie for any lovers of Disney or Pixar, or who are in the mood for a beautiful original animated story.