Night At the Museum 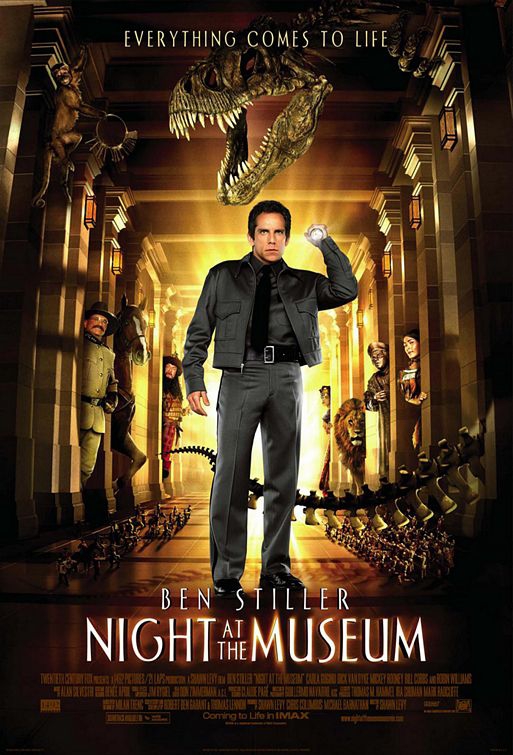 Night At the Museum was one of my favorite movies when I was a kid! It is a funny spectacle-filled adventure with an amazing cast.

The description of Night At the Museum, as stated on iTunes, is:

"Ben Stiller leads an all-star cast including Robin Williams and Dick Van Dyke in this hilarious blockbuster hit! When good-hearted dreamer Larry Daley (Stiller) is hired as night watchman at the Museum of Natural History, he soon discovers that an ancient curse brings all the exhibits to life after the sun sets. Suddenly, Larry finds himself face-to-face with a frisky T. Rex skeleton, tiny armies of Romans and cowboys and a mischievous monkey who taunts him to the breaking point. But with the help of President Teddy Roosevelt (Williams), Larry may just figure out a way to control the chaos and become a hero in his son's eyes. Boasting jaw-dropping special effects and laugh-out-loud moments, Night at the Museum is your ticket to nonstop fun!"

If anyone else is interested in checking out the movie Night At the Museum by 20th Century Fox, click on the image up above. It's great for the whole family!

I recommend this movie for those who have not seen it!

Tags:
Night At the Museum, Movie, 20th Century Fox
Leave a Note.
Must be logged in to comment
Previous Fave
Next Fave
Sharing is good
Faved May, 15 2019 by: