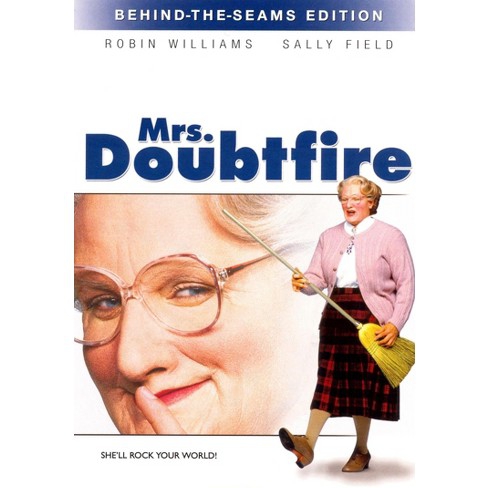 A hilarious divorce movie with the legendary Robin Williams!

The movie Mrs. Doubtfire is one of my favorite from when I was a kid. It made me both laugh and cry. Mrs. Doubtfire might seem excessively broad or sentimental, but Robin Williams shines so brightly in the title role that the end result is difficult to resist!

The description of Mrs. Doubtfire, as stated on iTunes, is:

"The divorce of a couple leaves the mother with custody of their three children. The father dresses up as a proper British nanny so that he can be hired by his ex-wife to watch his own kids."

If anyone else is interested in checking out the movie Mrs. Doubtfire by 20th Century Fox, click on the image up above. It's great for the whole family!

I really recommend this movie to anyone who has not seen it! It's a classic.

Tags:
Mrs. Doubtfire, Movie, 20th Century Fox,
Leave a Note.
Must be logged in to comment
Previous Fave
Next Fave
Sharing is good
Faved May, 08 2019 by: