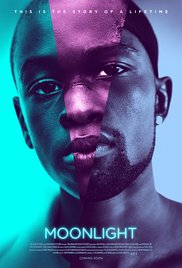 Embarrassing moment, as the best picture was announced by Steve Harvey, La La Land claims one award of the 14 nominations. Few minutes later, realizing they have given the award to the wrong recipients. The real winner of Best Picture was Moonlight! Everyone in shock as La La Land cast having to pass over the oscar to their competition.

Oscar officials on Monday started investigating the embarrassing mix up over the best picture award. Which eventually went to the African American film drama Moonlight, after a ceremony studded with political jokes and minor mishaps. The mistake that stunned the Dolby Theatre crowd in Hollywood and a worldwide television audience. Presenters of the award Warren Beatty and Faye Dunaway at first said the winner was romantic musical La La Land.

As both films' casts stood awkwardly on stage, Beatty explained he had received the wrong envelope. Then so forth, the correct recipients of the award were called up, Moonlight.