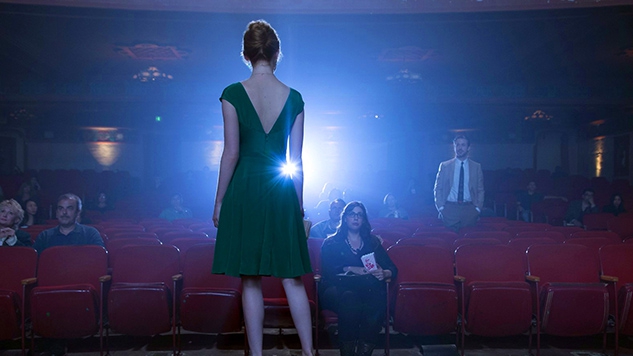 La La Land breathes in new life into a bygone genre with thrillingly assured direction, powerful performances, and an irresistible excess of heart. This film consists of joyful singing and dancing like nobody's watching. Starring Ryan Gosling and Emma Stone as a musician and an aspiring actress who meet and fall in love in Los Angeles. The film's title refers both to the city of Los Angeles and to the idiom for being out of touch with reality.

La La Land received critical acclaim upon its release, and was regarded as one of the best films of 2016. At the 89th Academy Awards, the film received a record-tying 14 nominations, including Best Picture, Best Director, Best Actor Ryan Gosling, Best Actress Emma Stone, and two nominations for Best Original Song "Audition" and "City of Stars". The film also won in every category it was nominated at the 74th Golden Globe Awards, with a record-breaking seven wins, and received eleven nominations at the 70th British Academy Film Awards, winning five.

If you are a musician, singing, Ryan Gosling and or Emma stone fan or fanatic, I recommend this film to you.