The ancient game of polo. Few other games like it. 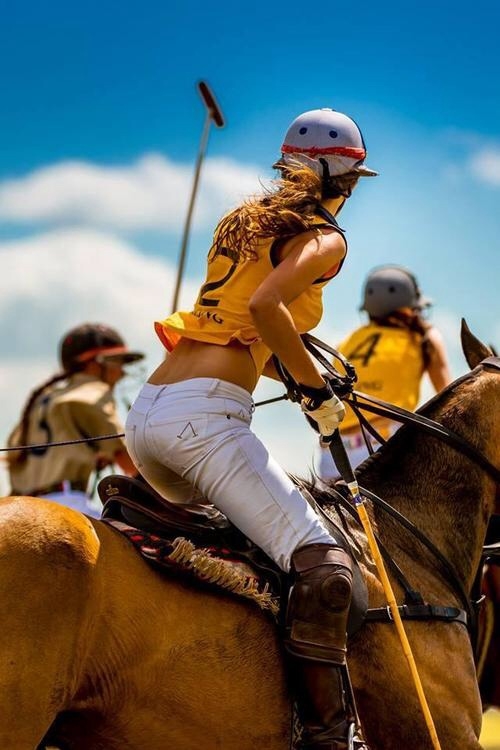 I've only played a few times but I want to play polo more.

Polo is just awesome. Woman (or man) and horse moving and acting as one. What a game! The cooperation of not only the human teammates - like lots of other sports such as soccer or hockey - with the added element of playing on large and powerful animals. So exciting!

Dating way back to games played in Persia in the 6th century BC, polo was westernized by the British in India; where the the first polo club was established in 1834.

I currently don't have a horse that has been trained to be a polo pony, but I'm seriously considering it.

Horses - Ride them and love them