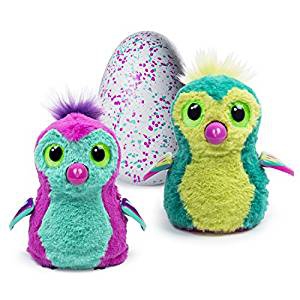 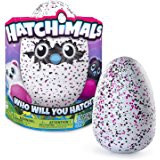 Hatchimals steal the spotlight as this season's most popular toy

Christmas is right around the corner, and kids everywhere seem to have one thing in common on their wishlists for 2016. Hatchimals. We see a craze almost every year for some new toy that ends up selling like hot cakes. This year, you might find yourself reading your child's wish list and see the name "Hatchimals". As such, you might be wondering what exactly is Hatchimals? Hatchimals was one of this year's biggest secret toys shown at the 2016 Toy Fair, showcasing various interactive eggs that children can care for as they grow and hatch - revealing a surprise animal inside. These eggs come in various colours and forms and the animals within vary in concept. Choosing between a Draggle, Penguala, Owlicorn, Burtle, or Bearakeet it's safe to assume these magical creatures are mixed animals we are familiar with. Contrary to the odd name, these furry animals are actually quite adorable. The life of a Hatchimal has three stages, baby, toddler and kid. Each time a Hatchimal ages to the next stage, it will sing a song called "Hatchy Birthday". How cute! Your child will be able to teach your Hatchimal to walk, dance or play games.

These interactive eggs are one of the most popular toys of 2016, and are rightfully sold out nearly everywhere. Amazon seems to still have some in stock, however with Christmas just over two weeks away I would definitely not count on there still being stock a week from now! What do you think about these toys? Will you be fighting to get one for your family?

Tags:
Hatchimals, Interactive eggs, Christmas gifts, Most popular toys of 2016, Christmas wishlist, 2016 Toy Fair,
Leave a Note.
Must be logged in to comment
Previous Fave
Next Fave
Sharing is good
Faved December, 05 2016 by: