The Shadow by James Patterson and Brian Sitts 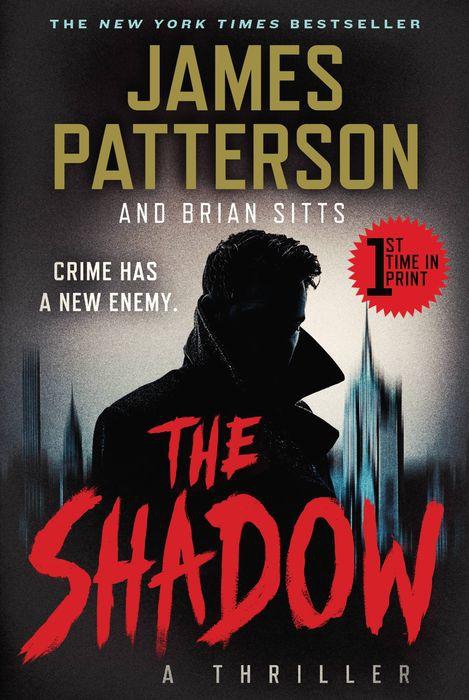 The reimagining of one of America's iconic thriller heroes!

I was looking for new releases on Barnes and Noble when I saw the listing for The Shadow by James Patterson and Brian Sitts. It looked quite interesting so I checked it out a bit further. This novel reimagines one of America's iconic thriller heroes. This before Alex Cross, before Michael Bennett, before Jack Reacher - this is The Shadow! I definitely am looking forward to giving it a good read.

As stated on the Barnes and Noble website, the summary for The Shadow is:

"Only two people know that 1930s society man Lamont Cranston has a secret identity as the Shadow, a crusader for justice. One is his greatest love, Margo Lane, and the other is fiercest enemy, Shiwan Khan. When Khan ambushes the couple, they must risk everything for the slimmest chance of survival . . . in the future.

A century and a half later, Lamont awakens in a world both unknown and disturbingly familiar. The first person he meets is Maddy Gomes, a teenager with her own mysterious secrets, including a knowledge of the legend of the Shadow.

Most disturbing, Khan's power continues to be felt over the city and its people. No one in this new world understands the dangers of stopping him better than Lamont Cranston. And only the Shadow knows that he’s the one person who might succeed before more innocent lives are lost."

If anyone else is interested in checking out the book The Shadow by James Patterson and Brian Sitts, click the image up above! It is currently on sale for 17% off!

I feel super pumped up to read this book. The reviews for The Shadow on Barnes and Noble sound really great so I can't wait to experience it for myself.

Tags:
The Shadow, Book, Novel, James Patterson, Brian Sitts, Barnes and Noble,
Leave a Note.
Must be logged in to comment
Previous Fave
Next Fave
Sharing is good
Faved September, 17 2021 by: