The Chef by James Patterson 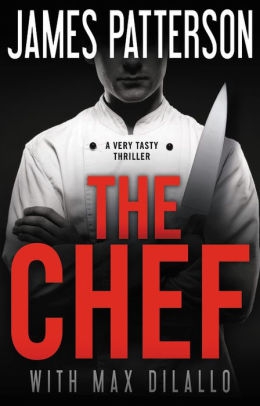 The new stand-alone thriller from the World's Bestselling Author!

Finally the novel I've been waiting for, The Chef by James Patterson, is released! It is a new thriller that focuses on a man named Caleb Rooney - police detective by day, celebrity food truck chef by night, and now.. Most Wanted. I can't wait to pick this up and read it!

As stated on the Barnes and Noble website, the summary for The Chef is:

"In the Carnival days leading up Mardi Gras, Detective Caleb Rooney comes under investigation for a murder he is accused of committing in the line of duty--as a Major Crimes detective for the New Orleans Police Department. Has his sideline at the Killer Chef food truck given him a taste for murder? While fighting the charges against him, Rooney makes a pair of unthinkable discoveries. His beloved city is under threat of attack. And these would-be terrorists may be local. "

If anyone else is interested in checking out the book The Chef by James Patterson, please click the image up above! It is currently on sale for 40% off.

Tags:
The Chef, Book, Novel, James Patterson
Leave a Note.
Must be logged in to comment
Previous Fave
Next Fave
Sharing is good
Faved February, 20 2019 by: