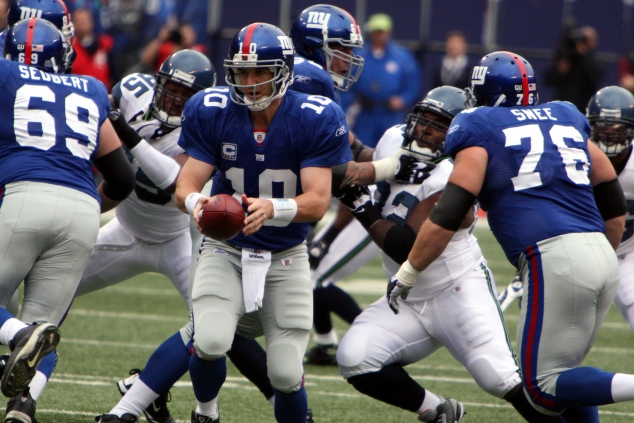 2011 Superbowl champions, the New York Giants. The Giants' season-ticket waiting list is 25 years, get in line!
The Giants were one of five teams that joined the NFL in 1925, and is the only one of that group still existing.
The team's heated rivalry with the Philadelphia Eagles is the oldest of the NFC East rivalries, and has been called the best rivalry in the NFL in the 21st century.
During their history, the Giants have featured 15 Hall of Fame players, including NFL Most Valuable Player award winners Mel Hein, Frank Gifford, Charlie Conerly, Y. A. Tittle, and Lawrence Taylor.