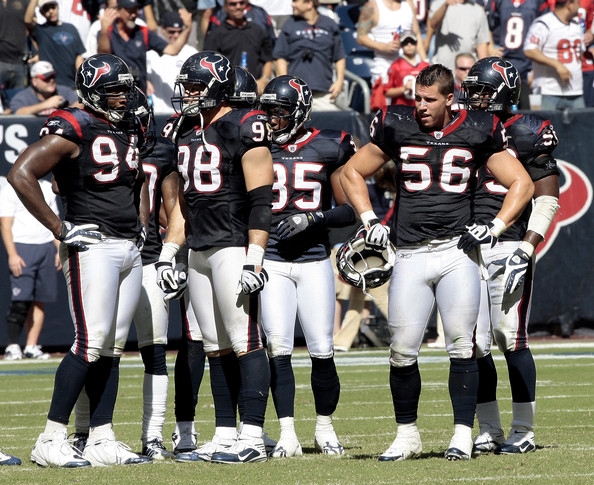 The Houston Texans are a professional American football team based in Houston, Texas. The team is currently a member of the South Division of the American Football Conference (AFC) in the National Football League (NFL).

The Texans joined the NFL in 2002 as an expansion team after Houston's previous franchise, the Houston Oilers, moved to Nashville, Tennessee, where they are now the Tennessee Titans.