Of Ice and Men by McKenzie Funk 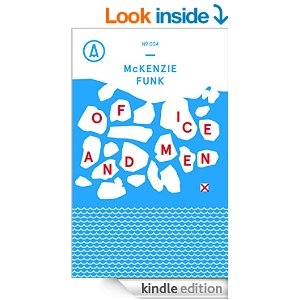 New Year’s Eve, 2012: With the world’s easy oil supplies tapped out, the energy giant Royal Dutch Shell has made an urgent, $6 billion bet on finding new reserves in one of Earth’s wildest environments—the frigid Arctic Ocean off Alaska. But the hunt for extreme oil pushes the world's biggest company past its limits, and disaster strikes. An oil rig, the Kulluk, breaks loose on the high seas and begins drifting toward the rocks of remote Kodiak Island. As a winter storm builds, Coast Guard helicopters race to rescue its crew, and a local sailor fights to keep the rig off the rocks.

Tags:
Of ice and men by mckenzie funk, Mckenzie funk, Of ice and men, Non-fiction, Narrative, Oil rig, Oil drilling
Leave a Note.
Must be logged in to comment
Previous Fave
Next Fave
Sharing is good
Faved May, 01 2015 by: