The Hunger of the Gods by John Gwynne 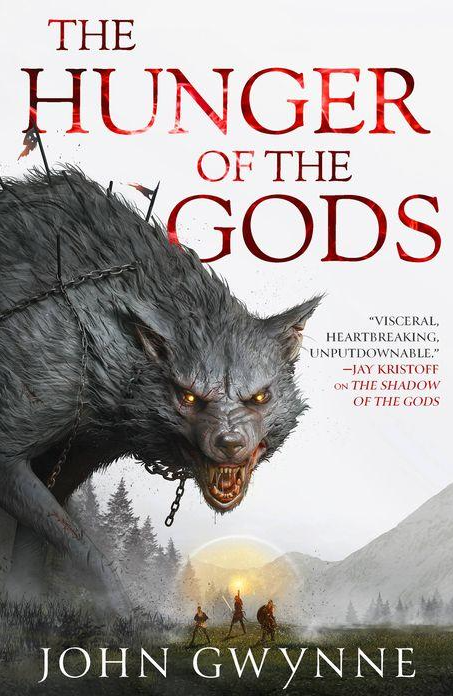 An epic saga set in a Norse-inspired world and packed with magic, vengeance, and myths!

While browsing for a new haul of books on Barnes and Noble, I came across the listing for The Hunger of the Gods by John Gwynne which was recommended under April's Picks.

After giving it a lookover, I must say, it sounds absolutely riveting. This book is set in a Norse-inspired world, packed with magic, myths, and vengeance. The saga follows a group of warriors that go on to face ancient gods and attempt to change the shape of the world. There's a few great reviews and it sounds like a very satisfying and riveting read. Just what I'm looking for in a new read!

As stated on the Barnes and Noble website, the summary for The Hunger of the Gods is:

"Lik-Rifa, the dragon god of legend, has been freed from her eternal prison. Now she plots a new age of blood and conquest.

As Orka continues the hunt for her missing son, the Bloodsworn sweep south in a desperate race to save one of their own–and Varg takes the first steps on the path of vengeance.

Elvar has sworn to fulfil her blood oath and rescue a prisoner from the clutches of Lik-Rifa and her dragonborn followers, but first she must persuade the Battle-Grim to follow her.

Yet even the might of the Bloodsworn and Battle-Grim cannot stand alone against a dragon god.

Their hope lies within the mad writings of a chained god. A book of forbidden magic with the power to raise the wolf god Ulfrir from the dead . . .and bring about a battle that will shake the foundations of the earth."

If anyone else is interested in checking out the book The Hunger of the Gods by John Gwynne, click the image up above! It is currently on sale for 11% off!

- Awesome Norse-inspired world with magic and myths
- Stellar reviews, both from readers and editors
- On sale for 11% off
- Bestselling and recommended as an April Pick

I can't wait to dive in and read this novel. It sounds like it's going to be a satisfying journey with each turn of the page!

Tags:
The Hunger of the Gods, Book, Novel, Norse-inspired World, John Gwynne, Barnes and Noble,
Leave a Note.
Must be logged in to comment
Previous Fave
Sharing is good
Faved April, 13 2022 by: