Moana Nominated for an Oscar 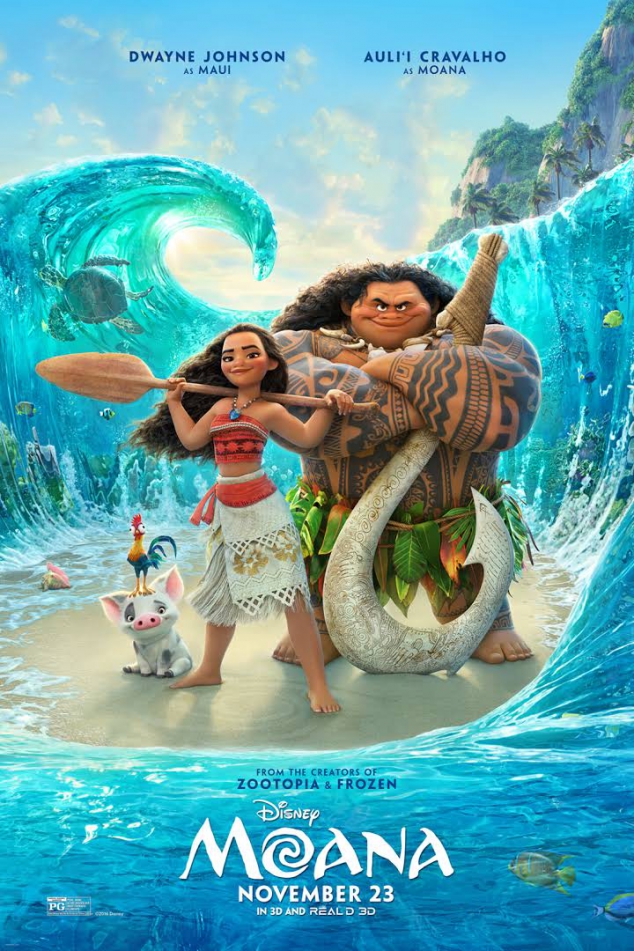 BEST ANIMATED MOVIE IS THE PERFECT AWARD FOR THIS MOVIE

I have always been sceptical about animated filim I like to think they are just for kids, never did I picture myself sitting and enjoying an animated film.

Teenager Moana has always felt drawn to the ocean, despite her father's dictate that no one on their Polynesian island is to go beyond its encircling reef. When danger threatens her home, Moana searches for Maui, a mischievous demigod, who becomes an unlikely ally as she matures into the hero her people need.

A true story of finding yourself and becoming who you want to be and who you are meant to become is the story line of this heart warming gut wrenching animated film. These are the kinds of movies we want filling the minds of our younger generations about being you, this is a true heroic story. This is the Best Featured Animated Film.