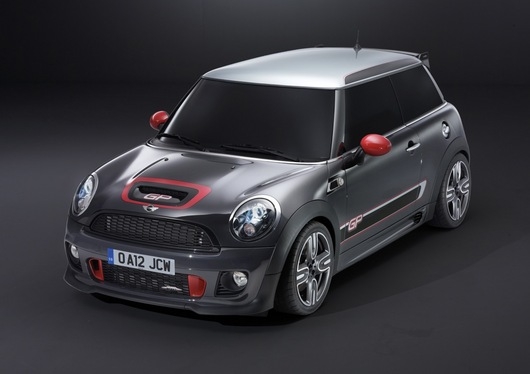 The Fastest Mini Ever

This will be the most powerful Mini hatchback available, and should be the most sought-after collectible. Production begins later this year and will be limited to 2,000 cars. The new Mini John Cooper Works GP has produced a Nurburgring time: 8 minutes, 23 seconds, which betters the last Mini GP (circa 2006) by 19 seconds. Mini hasn't announced the final horsepower figures, other than to say it will pack more than the 214 horsepower that the previous model had. With race-spec suspension and brakes, and sports exclusive aero tweaks and wheels the new GP kit should make the GP II an absolute demon on the track.

Tags:
Mini, Mini Cooper, John Cooper Works, Mini GP
Leave a Note.
Must be logged in to comment
Next Fave
Sharing is good
Faved May, 14 2012 by:

Collingwood, ON, CA
62 followers, following 13
Follow
Faved into the Collection: