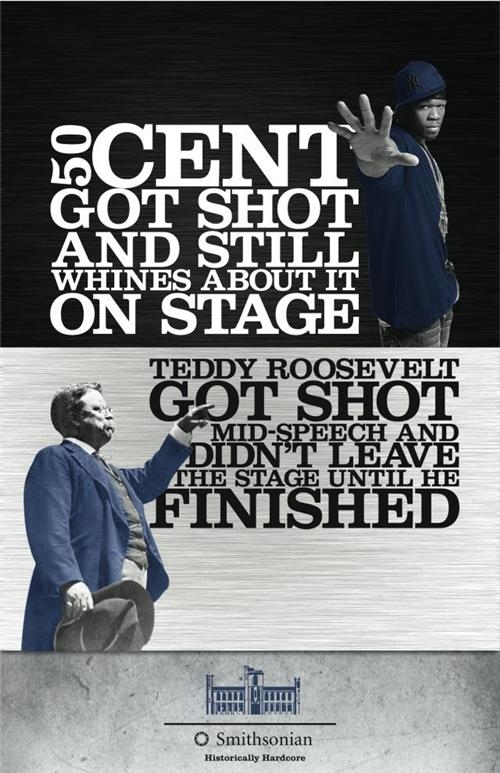 50 Cent got shot and still whines about it on stage. Teddy Roosevelt got shot mid-speech and didn’t leave the stage until he finished

An ad for the Smithsonian Museum in Washington DC. The campaign is called “Historically Hardcore”. The ads make comparisons between current celebrities and historical figures to draw attention to what's truly hardcore. The ads compare people such as 50 Cent with Teddy Roosevelt, Ozzy Osborne with Andrew Jackson, and Bret Michaels with Genghis Khan.

Collingwood, ON, CA
62 followers, following 13
Follow
Faved into the Collection: