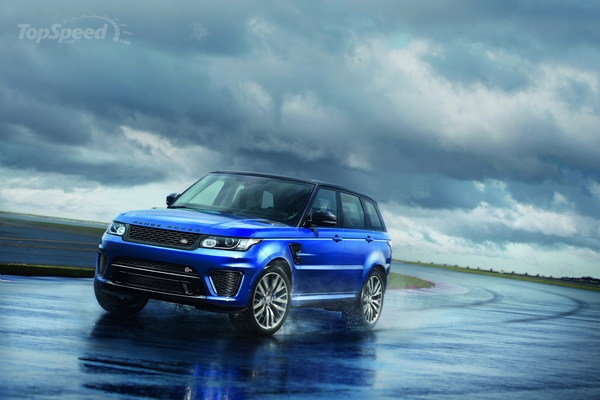 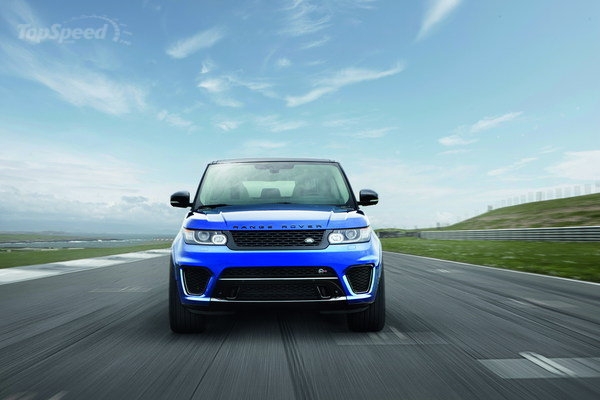 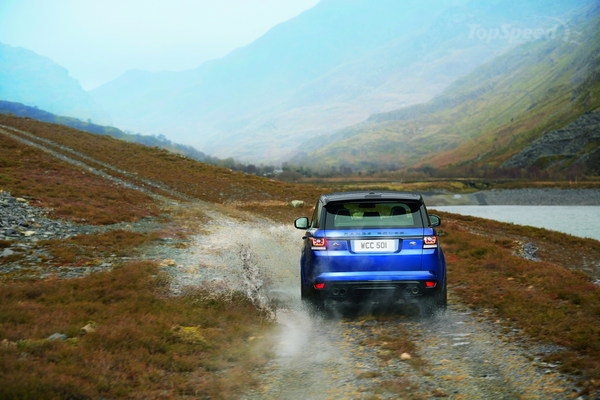 The fastest, most powerful Land Rover ever.

The 2015 Range Rover Sport SVR packs a 5.0-liter supercharged V8, which produces 550 horsepower and 502 pound-feet of torque. All this power coupled to an eight-speed automatic and, a very sophisticated four-wheel drive system (what else would you expect from Land Rover).

This performance SUV will get to 60 mph from a standstill in just 4.5 seconds, and to a top speed of 162 mph.

Because the SVR is still a Land Rover, it doesn't skimp on its off-road credentials. A two-speed transfer case is standard, while up to 100 percent of torque can be sent to either the front or rear axle, as needed. Also, the ride height remains unchanged for this new model, which boasts a total adjustment range for the air suspension of 9.3 inches from the lowest "Access Mode" to the highest off-road setting.