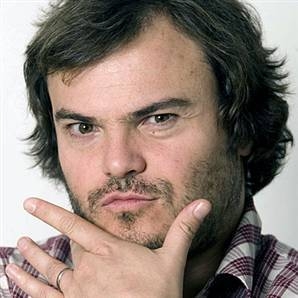 Jack Black is an American actor, producer, comedian, voice artist, writer, and musician. His acting career has been extensive, starring primarily as bumbling, cocky, but internally self-conscious outsiders in comedy films, though he has played some dramatic roles. He is best known for his roles in School of Rock, King Kong, Nacho Libre, and Tropic Thunder, and for his voice role in Kung Fu Panda and Kung Fu Panda 2. Black was a member of the Frat Pack, a group of comedians who have appeared together in several Hollywood films, and has been nominated for a Golden Globe Award. He began his career in 1991 when he formed the satirical rock group Tenacious D with friend and fellow groupmate Kyle Gass. Black is the lead vocalist of the band.