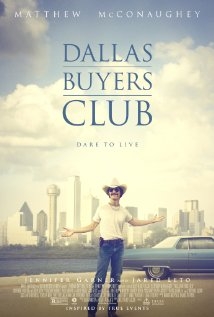 The film is based on the true-life tale of Ron Woodroof, an AIDS patient who began smuggling unapproved pharmaceutical drugs into Texas when he found them effective at improving his symptoms. The film has been critically acclaimed and received several awards and nominations, including two Golden Globe Award wins for McConaughey and Leto.

Christine Cox into Movies
over 7 years ago
Refave
Previous Fave
Next Fave
Sharing is good
Refaved January, 21 2014 by: