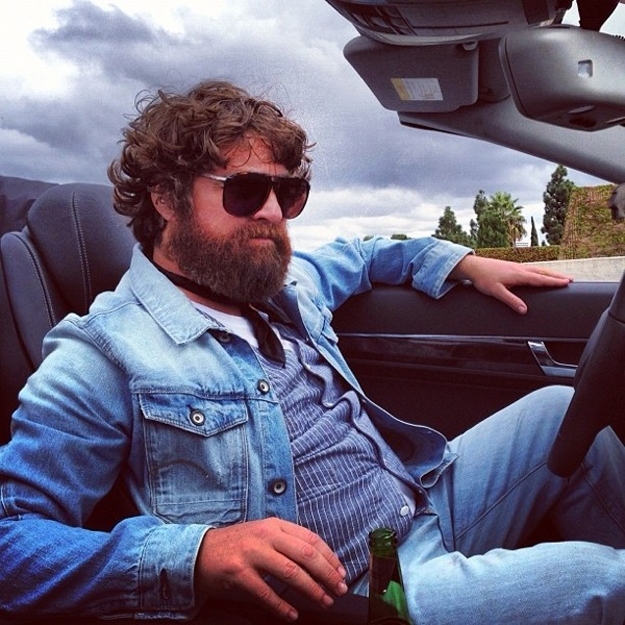 Zach Galifianakis chillin' out and having a beer in a convertible. This bad-ass photo was captured by Todd Phillips as they shot the Hangover Three.

Christine Cox into Fave celebs
over 8 years ago
Refave
Previous Fave
Next Fave
Sharing is good
Refaved January, 23 2013 by: