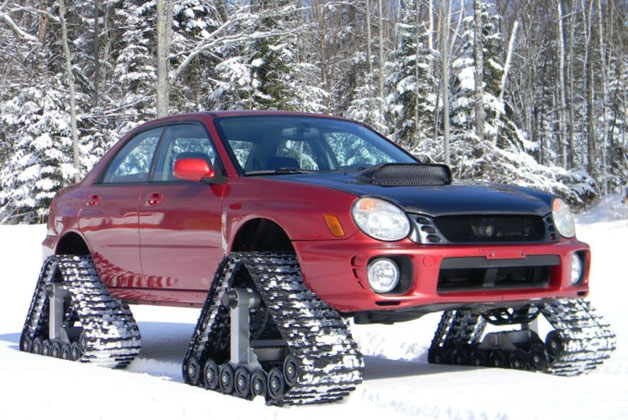 This is one way to get through the snow!

This Subaru Impreza WRX was for sale in Chassell, MI, some 550 miles north of Detroit in Michigan's Upper Peninsula, way up in the Keweenaw Peninsula, which extends into the middle of Lake Superior; it's about as far north as you want to go when the snow flies. And the snow flies a lot in the Keweenaw, thanks to a wicked lake effect that dumps more than 200 inches of the white stuff every winter. Yes, that's over 17 feet of snow, but it's nothing compared to the winter of 1978-1979, when the area got almost 30. So if you're wondering why anyone would fit a track system to their Subaru Impreza, well, now you know.

Bailey Shute into Cars I would like to own someday
over 9 years ago
Refave
Previous Fave
Next Fave
Sharing is good
Refaved October, 16 2012 by: