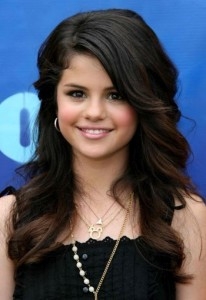 Selena Marie Gomez was born July 22, 1992. Selena Gomez is a actress and singer, she is known for portraying Alex Russo, the protagonist in the Emmy Award-winning television series Wizards of Waverly Place. Her career has also expanded into the music industry. Selena Gomez is the lead singer and founder of the pop band Selena Gomez & the Scene, which has released three RIAA Gold certified studio albums, Kiss & Tell, A Year Without Rain, and When the Sun Goes Down, spawned three RIAA Platinum certified singles, "Naturally", "Who Says" and "Love You Like a Love Song" and charted four No. 1 Billboard Hot Dance Club Songs.Gomez has also contributed to the soundtracks of Tinker Bell, Another Cinderella Story, Wizards of Waverly Place, and Shake It Up after signing a record deal with Hollywood Records. In 2008 Selena Gomez was designated as a UNICEF Goodwill Ambassador. In February 2011, Selena Gomez confirmed several months of media speculation of her dating Justin Bieber.

Tags:
Selena Gomez, singer
Leave a Note.
Must be logged in to comment
Previous Fave
Next Fave
Sharing is good
Faved October, 12 2012 by: