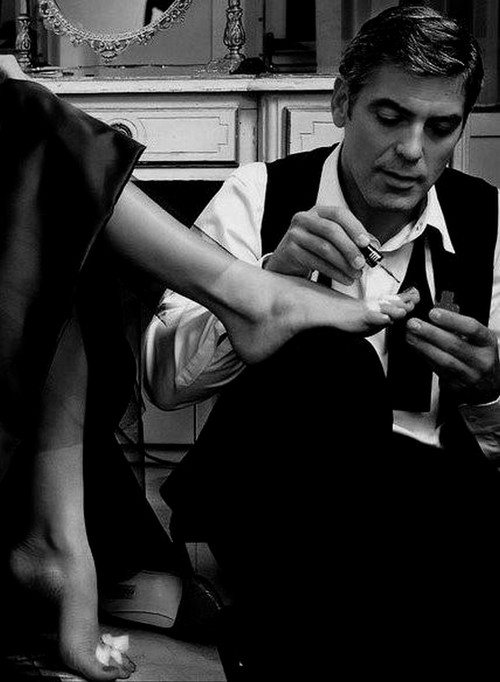 Who knew that Clooney could give a mean pedicure?

The photo was taken around the release of Intolerable Cruelty - a 2003 romantic black comedy, in which they both starred.