Sign In
Sign Up
FaveThing -> Alexa Holmes -> Books to read -> The Woman In The Window: A Novel

The Woman In The Window: A Novel 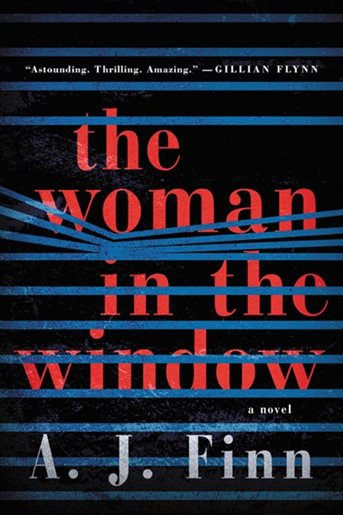 An intelligent novel of psychological suspense!

The Woman In The Window is a novel by A.J. Finn that is beautifully written, intelligently plotted, and highly enjoyable. It's a tale of love, loss and madness - a truly moving portrait of a woman fighting to preserve her sanity. I love thrilling books like this.

As stated on the source website, the book's description is as follows:

Anna Fox lives alone—a recluse in her New York City home, unable to venture outside. She spends her day drinking wine (maybe too much), watching old movies, recalling happier times . . . and spying on her neighbors.

Then the Russells move into the house across the way: a father, mother, their teenaged son. The perfect family. But when Anna, gazing out her window one night, sees something she shouldn’t, her world begins to crumble—and its shocking secrets are laid bare.

What is real? What is imagined? Who is in danger? Who is in control? In this diabolically gripping thriller, no one—and nothing—is what it seems.

Twisty and powerful, ingenious and moving, The Woman in the Window is a smart, sophisticated novel of psychological suspense that recalls the best of Hitchcock."

A.J. Finn has not only captured the interior life of a depressed person sympathetically, but has also created a thriller that will keep you guessing until the very last sentence. It's definitely a must read novel! If anyone is interested in the book, check it out on Chapters!

Tags:
The Woman In The Window, Novel, Book, A.J. Finn,
Leave a Note.
Must be logged in to comment
Previous Fave
Next Fave
Sharing is good
Faved May, 02 2018 by: