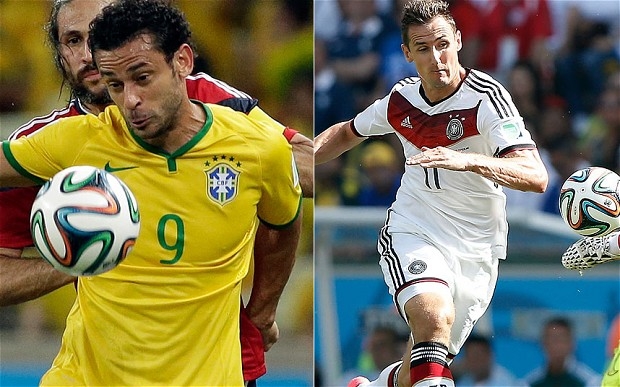 Brazil and Germany are two of the most decorated teams in football, with eight World Cup titles between them.
Brazil's quest to win a sixth title on the home soil, meanwhile, has been dealt a huge blow as they will not only be missing top scorer Neymar but also suspended captain Thiago Silva. Tough game ahead for Brasil.