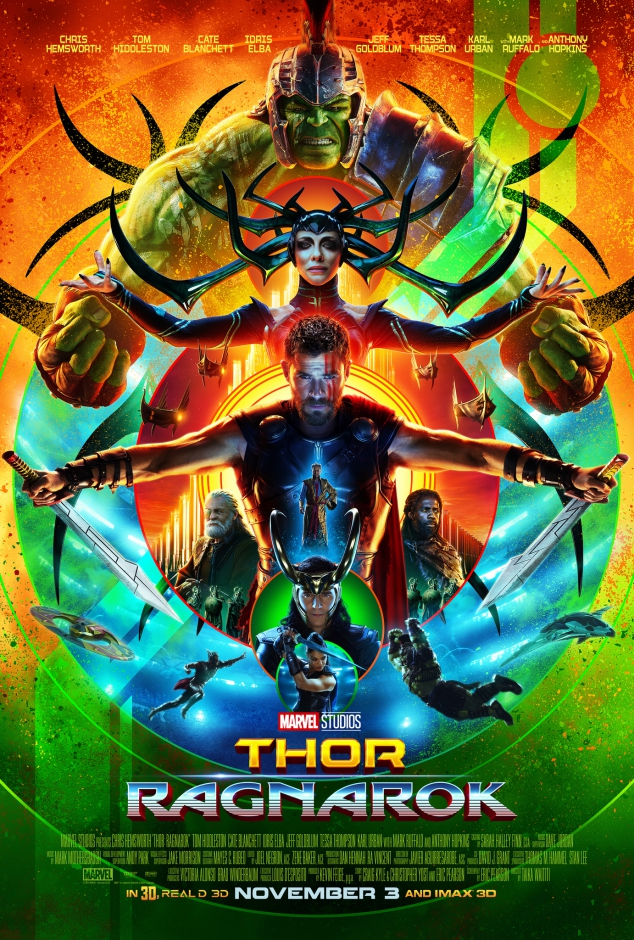 An exciting and hilarious addition to the Marvel Cinematic Universe!

I am a big fan of both Thor and Hulk, so when I saw that the movie Thor: Ragnarok not only featured both characters but also pit them against each other, I knew I had to see this. It is the funniest Thor movie that features plenty of style and violence during a colorful cosmic adventure that really sets a new standard for the Marvel Cinematic Universe.

The description of Thor: Ragnarok, as stated on iTunes, is:

"In Marvel Studios’ Thor: Ragnarok, Thor is imprisoned on the other side of the universe without his mighty hammer and finds himself in a race against time to get back to Asgard to stop Ragnarok – the destruction of his home world and the end of Asgardian civilization at the hands of an all-powerful new threat, the ruthless Hela. But first he must survive a deadly gladiatorial contest that pits him against his former ally and fellow Avenger – the Incredible Hulk!"

If anyone is interested in checking out the movie Thor: Ragnarok from Marvel Studios, click on the image up above.

I really recommend this movie for fans of the MCU or Thor and the Hulk!