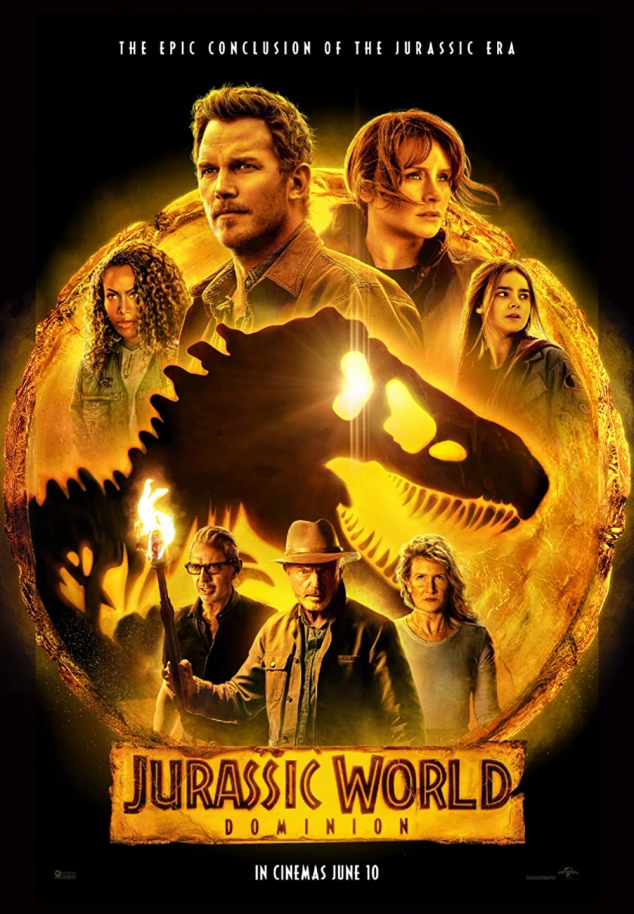 An intense finale to the Jurassic era - featuring a mix between two generations!

I was so happy to finally watch Jurassic World Dominion this week! I am a long-time fan of the Jurassic Park franchise, including the classic movies. I loved that this movie, though it aims to be an epic conclusion, featured the clash of two generations as Chris Pratt and co. are joined by the likes of Jeff Goldblum and other stars of the classic movies.

This film was filled with epic dino fights, great effects and CGI, and even some intense moments regarding human relationships. I highly recommend giving this a watch if you're a fan of the Jurassic Park franchise.

The description of Jurassic World Dominion, as stated on iTunes, is:

"Experience the epic conclusion to the Jurassic era as two generations unite for the first time. Chris Pratt and Bryce Dallas Howard are joined by Oscar®-winner Laura Dern, Jeff Goldblum and Sam Neill in a bold, timely and breathtaking new adventure that spans the globe. Four years after Isla Nublar has been destroyed, dinosaurs now live—and hunt—alongside humans all over the world. This fragile balance will reshape the future and determine, once and for all, whether human beings are to remain the apex predators on a planet they now share with history's most fearsome creatures."

If anyone is interested in checking out the movie Jurassic World Dominion from Universal Pictures, click on the image up above.

This was a really great movie. It has fun visual effects, awesome looking dinosaurs, a great cast, and delivers a satisfying end to the Jurassic Era.