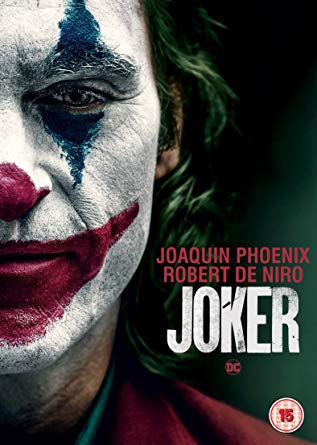 A powerful and chilling, never before seen origin story!

As a fan of both Batman and DC heroes and villains, I knew I had to see Joker. It was a very powerful and chilling movie, unlike the typical comic book movies that come out. This was a very unique and never before seen plausible origin story that serves as a dark evolution for comics-inspired movies. I enjoyed this different take on an origin story a lot.

The description of Joker, as stated on iTunes, is:

"“Joker” centers around the iconic arch-nemesis and is an original, standalone story not seen before on the big screen. The exploration of Arthur Fleck (Joaquin Phoenix), a man disregarded by society, is not only a gritty character study, but also a broader cautionary tale."

If anyone is interested in checking out the movie Joker from Warner Bros., click on the image up above.

I really recommend this movie. It was so chilling, perfect for fans of the Joker.