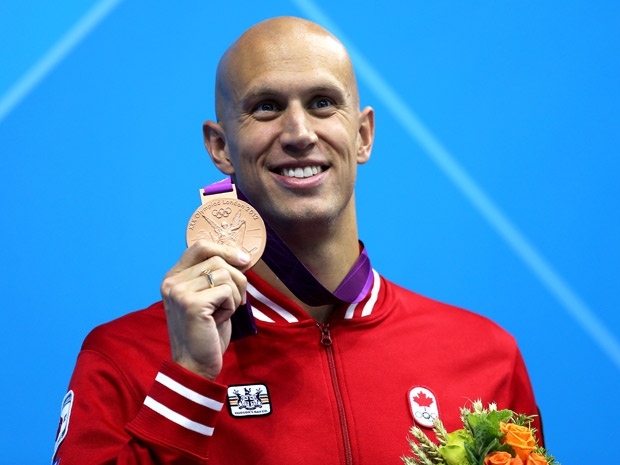 It was four years in the making - after suffering his biggest heartbreak at the 2008 Beijing Games, Canada's Brent Hayden is finally an Olympic medalist.

Canadian swimmer Brent Hayden has won a bronze medal in the men's 100m freestyle final at the Aquatics Centre at the 2012 London Olympic Games.

The Mission native took third place with a final time of 47.80 seconds.

Oakville, ON, CA
12 followers, following 2
Follow
Faved into the Collection: