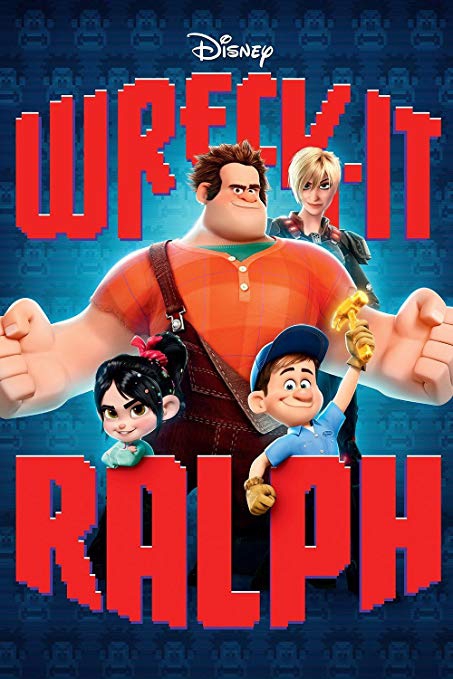 A game-themed movie that is equally entertaining for both kids and parents!

Wreck-It Ralph is one of my fave Disney movies. It's a clever, colorful adventure built on familiar game themes and joyful nostalgia. It is equally entertaining for both kids and parents to catch the references.

The description of Wreck-It Ralph, as stated on iTunes, is:

"From Walt Disney Animation Studios comes a hilarious, arcade-game-hopping journey in Disney's Wreck-It Ralph. For decades, Ralph has played the bad guy in his popular video game. In a bold move, he embarks on an action-packed adventure and sets out to prove to everyone that he is a true hero with a big heart. As he explores exciting new worlds, he teams up with some unlikely new friends including feisty misfit Vanellope von Schweetz. Then, when an evil enemy threatens their world, Ralph realizes he holds the fate of the entire arcade in his massive hands."

If anyone else is interested in checking out the movie Wreck-It Ralph by Walt Disney Pictures, click on the image up above. It's great for the whole family!

I recommend this hilarious movie to anyone who has not yet seen it!