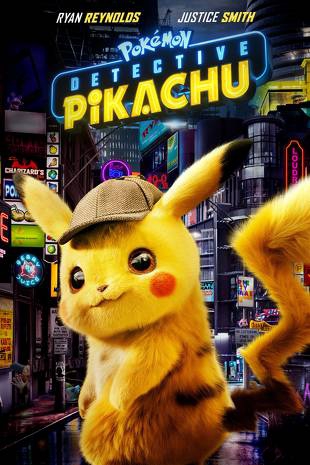 I have loved watching Pokémon as a kid, and so I recently went to see the Pokémon Detective Pikachu movie in theaters. It was so different seeing the Pokémon in a hyper-realistic style, but oddly interesting! It was such a bizarre premise, but it was very entertaining. It's a movie that would definitely be appreciated by fans of the franchise and those who are new to it.

The description of Pokémon Detective Pikachu, as stated on iTunes, is:

"When ace detective Harry Goodman goes mysteriously missing, his son Tim (Justice Smith) embarks on an epic journey to find out what happened. Aiding in the investigation is Harry’s former Pokémon partner, Detective Pikachu (Ryan Reynolds), a hilariously wise-cracking, adorable super-sleuth. Finding that they are uniquely equipped to work together, as Tim is the only human who can talk with Pikachu, they join forces on a thrilling adventure to unravel the tangled mystery. Chasing clues together through the neon-lit streets of Ryme City—a sprawling, modern metropolis where humans and Pokémon live side by side in a hyper-realistic live-action world— they encounter a diverse cast of Pokémon characters and uncover a shocking plot that could destroy this peaceful co-existence and threaten the whole Pokémon universe."

If anyone is interested in checking out Pokémon Detective Pikachu from Warner Bros., click on the image up above.

This family-friendly mystery will be fun for not only Pokémon fans, but also those new to the franchise!