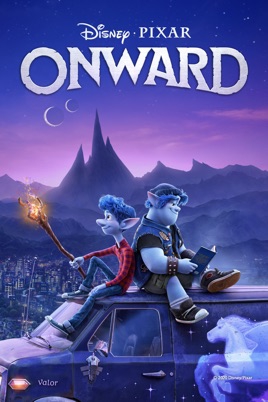 Watching the movie Onward from Pixar was one of my highlights of the week! This movie is so adorable. I am a fan of Tom Holland and Chris Pratt and really enjoyed how well they worked together as teenage brothers in the movie. The story was original and funny, it stands on its own as a heartfelt sibling adventure about loss and love.

This movie was so adorable! I loved how well Tom Holland and Chris Pratt worked as brothers. It was witty, funny, and a dazzlingly animated adventure. One of my current fave movies!