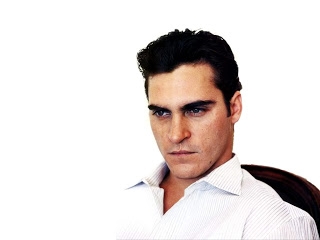 Joaquin Phoenix is an American actor, music video director, producer, musician, and social activist.
Phoenix started his career as a child actor and came to wide attention for his portrayal of Commodus in the 2000 historical epic film Gladiator.
Aside from his acting career, he has also ventured into directing music videos, as well as producing movies and television shows. He has recorded an album, the soundtrack to Walk the Line, for which he won a Grammy Award as well as a Golden Globe for Best Actor.
On October 31, 1993, his brother, River Phoenix, suffered a drug overdose and died, outside the Hollywood nightclub The Viper Room. Joaquin's call to 911 to save his brother was recorded and repeatedly played over the airwaves and on television.

Tags:
Joaquin Phoenix, Joaquin, Phoenix
Leave a Note.
Must be logged in to comment
Previous Fave
Next Fave
Sharing is good
Faved June, 12 2013 by: